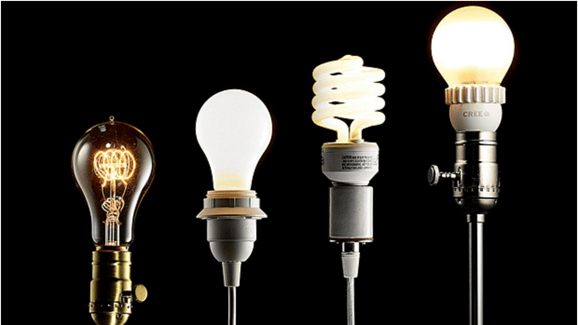 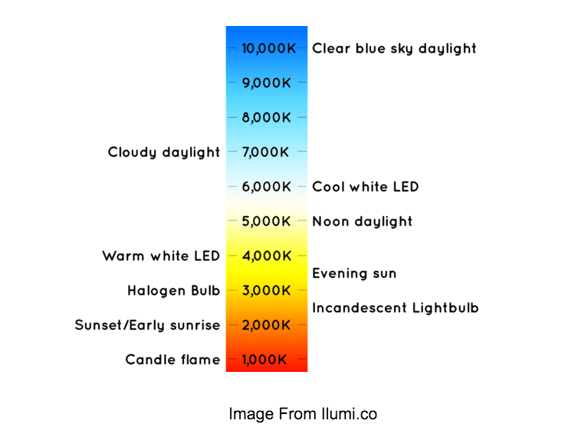 CRI is a measurement of a light’s ability to reveal the actual color of objects as compared to an ideal light source (natural light). The rating goes from 0 to 100 where a light with a rating of 100 (the highest possible) would reveal objects in exactly the same color as natural light and 0 would essentially display them as shadows in grayscale. CRI ratings greater than 90 are generally considered excellent. Additionally, it’s important to recognize that CRI is independent of color temperature. You can have a warm color temperature light (e.g. 2500K) with a high CRI rating (e.g. 95) or a cool color temperature light (e.g. 5000K) with a low CRI rating (e.g. 65). It depends on the actual light. Generally speaking, LED lights render color very well. This is readily apparent when you compare the the lighting from a project’s before and after photos. Consider the following image:

On the left you see a parking lot illuminated by the traditional lighting solution for outdoor applications: high pressure sodium (HPS) lights. HPS lights have a warm color temperature (as is evidenced by the yellow glow they emit and a notoriously low CRI value (as is evidenced by the fact that the grass in the image to the left does not appear to be green). On the right you can see the same parking lot illuminated by modern LED lights. Two things are readily noticeable: first, the yellow glow is gone because the LED used in the right image has a much higher color temperature (i.e. it is a white light). Second, the grass (and the trees for that matter) appear to be green (indicative of the higher CRI of LED lights). The thing you might not notice as easily is the better “illumination footprint” on the ground from the new lighting. You can see this best by comparing the shadows in the two images (see the red boxed areas in the two images below). Notice how the highlighted section on the left is almost entirely shadow while the image to the right is getting significantly more light.

While the motivation for the new lighting above was largely economic (i.e. the customer was principally interested in energy savings and reduced maintenance costs), the most noticeable benefit is the immensely improved lighting quality throughout the parking lot.

A foot-candle, mentioned above, is a measure that describes the amount of light reaching a specified surface area (measured in lumens per square foot) as opposed to the total amount of light coming from a source (a metric known as luminous flux). It is much more important to consider foot candles than luminous flux because, to use the parking lot example above, light that is emitted by a bulb towards the sky does not help illuminate the parking lot (the target area that matters). Luminous flux ratings count the emissions going towards the sky while foot candle ratings do not.

LEDs are uniquely advantageous in the world of lighting when it comes to foot candle levels because they emit light directionally (only for 180 degrees). Every other relevant lighting technology on the market (incandescent, high intensity discharge bulbs such as LPS, HPS, mercury vapor, halogen, fluorescent, and metal halide) emits light omnidirectionally (a full 360 degrees). 360 degree emissions require reflectors to redirect the light away from the ceiling or sky. Reflectors mean losses. That is, the bulb’s luminous flux rating might look good on paper but the foot candle levels (what you see in reality) will be significantly reduced after the losses from light not reflected are taken into account.

Conclusion: Light emitted from LEDs is likely to be much higher quality than traditional lighting solutions for two principal reasons. First, the way that objects are revealed when subject to LED emissions is very close to natural light. This means that objects will generally appear in color like you are used to seeing them during the day. Second, the amount of light that hits the target area is likely to be much higher for a given power rating than it will be with virtually any other light. In other words, the area you care about will get all of the light!