History of Street Lighting in the USA

1757: Street lighting was first introduced in the United States by Benjamin Franklin who iterated on the glass globes used in London with his own version that was eventually approved by the Pennsylvania Assembly circa 1757. Franklin suggested encasing the oil candles that were used in his day with a housing of “four flat panes, with a long funnel above to draw up the smoke, and crevices admitting air below, to facilitate the ascent of smoke.” This was an improvement on the glass globes which tended to darken with soot as the oil inside burned necessitating near-daily cleaning.

1803: Pelham Street in Newport, Rhode Island was the first section of road in America to introduce the gas lights invented by William Murdoch a decade earlier (1792).

1880: Wabash, Indiana was the first town to introduce electric street lights in the United States. They used “Brush lights” named after American inventor Thomas Brush (an early competitor with Thomas Edison and a man whose company would eventually be acquired by the forebearer to General Electric). One of the original Brush lights is still on display at the Wabash County Courthouse.

1930’s and 1940’s: Incandescent and fluorescent lights become popular for street lighting in the early 20th century but would be quickly retired as the introduction of mercury vapor lights made them obsolete.

1950’s: GE’s Form 109 and Form 400 as well as Westinghouse’s OV-20 (pictured respectively from left to right or top to bottom) become the dominant street lights in America.

1957: Westinghouse’s OV-25 “Cobrahead” (also known as a Silverliner) and GE’s M400 “Cobrahead” improve on their earlier successes. Here’s a video of the OV-25 being turned on:

1966: High Pressure Sodium (HPS) lights were introduced with GE’s second generation M250 and M400. HPS lights were much more energy efficient than mercury vapor lights and became the dominant street light for several decades. They are well-known by their characteristic monochromatic yellow glow.

Metal Halide lamps have been used in recent years but have yet to overcome HPS lights due to the lack of energy efficiency. The advantage of metal halide is that the light has a much higher color rendering index (CRI) than the yellow sodium lamps. Ceramic Metal Halide lamps are an improvement on traditional metal halide and have the potential to replace HPS lamps unless LED lights significantly outperform them. For an in-depth discussion on LED as it compares to other lights check out our free ebook:

2006 - Present: Ann Arbor Michigan was the first metropolitan area to implement LED street lighting. They have since expanded their use of LEDs and have been joined by an exponentially growing number of cities around the country. In 2008 Anchorage Alaska installed 4,000 LED streetlights. In 2009 Los Angeles began a five year project to replace 140,000 streetlights with LEDs. In 2010 Seattle initiated its own five year plan to implement 40,000 LED lights. Other major cities like Philadelphia, New York, and San Antonio have begun research and/or implementation of their own LED retrofit initiatives.

Our Experience: Stouch lighting started implementing LED retrofit projects in 2008. We have completed a number of projects in the Greater Philadelphia Region that include numerous real estate developments, educational campuses, multiple municipal street lighting projects and both private and public parking lots.

At one point LEDs had significantly higher up-front costs than their competitors - a trend that has been rapidly changing. Initial costs for LED retrofit projects have dropped and have been economically feasible for a number of years. Although the up-front costs may still be slightly higher than legacy lighting solutions, the return on investment is so significant over time that anyone looking for short-term savings, long-term savings and higher quality lighting should be giving LED technology a hard look. 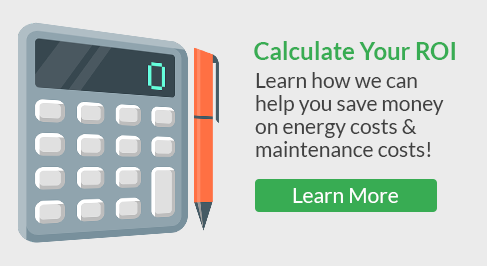