Today's LED lights are safe, effective, and so energy-efficient that there's no comparison with traditional lighting methods. But why do some people have concerns about health? We've addressed some common complaints about LEDs below.

Myth 1: LED lights are bad for your eyes

Today's LED lights are just as safe as any other modern light source for your eyes, and, in fact, LED lights are used in skin and other health therapies because LEDs do not contain ultraviolet rays like other types of light therapies (think fake tanning!). LEDs contain blue light, which is naturally occurring in sunlight. Too much of anything can be bad for you, so, of course, you can limit the amount of time you spend looking at screens (the main blue light culprit), but this is good for your health for reasons other than the light exposure. 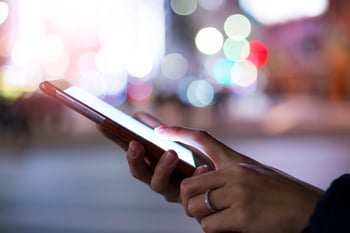 LEDs from reputable manufacturers do not contain toxic substances that can harm you. In fact, one of the advantages of LEDs over fluorescent lights, like CFLs, is that they can be recycled easily with regular electronics. This means, if you're a facilities manager, no more worrying about extra recycling, which can cost money. Fluorescent lights do contain harmful mercury and have to be recycled at special facilities (this is in addition to the flickering of fluorescent lights, especially fluorescent tubes, which is actually bad for your eyes, but that's a whole separate issue). As long as you're buying your LEDs from a manufacturer who adheres to product criteria surrounding industry testing, this is not a concern.

Any bright light at night will not help you sleep, but modern lights have been a part of our households and businesses for more than 100 years. And, we don't know about you, but we're not going back to candlelight now! Instead of casting out LEDs, it's important to practice sleep hygiene by staying away from electronic devices, like your phone, too close to bedtime. This is good for all of us for many reasons!

On the other hand, exposure to LEDs during the day may actually be beneficial! The blue light, which, as mentioned, is naturally occurring in sunlight, can be good for mood. If your office complex or factory floor uses LEDs, expect your workers to be able to focus more easily because of the high quality of the lighting. Additionally, LEDs are now available in a wide variety of color temperatures and on dimmers, so you can set your light level appropriately. This is true for residential and commercial LED lighting applications. Even municipalities, for example, can choose different color temperatures of LEDs to limit blue light exposure and light pollution, so your city doesn't have to keep you up all night! Color temperatures can even change on streetlights (and all LEDs) depending on the time of day! So, imagine that your office complex has higher levels of blue light in the morning to keep employees awake but lower levels in the afternoons to slowly transition to evening. The possibilities with LEDs are endless.

It's true that the very first LED bulbs were very white-looking, but that's simply no longer the case, and hasn't been for years. LEDs are now available in many color temperatures from cool blue to warm, glowing yellow. Just look how far LED Christmas lights have come! You can limit your exposure to this bright white, caused by high levels of blue light, easily. Besides, bright light means safer spaces (think college campus or city street), which is an often overlooked benefit of LEDs. And, as discussed above, your LEDs can adjust depending on the time of day. So, say you're responsible for lighting a college campus, perhaps the LEDs dim slightly around 10:00 p.m. when most students are heading to bed- just an example!

As we know, all modern technology comes with risks, and it's important that we continue to research and revise these technologies to keep up with concerns. LEDs are always improving, and the LEDs of today are not the same as the first generation of LEDs, which are often, and perhaps rightfully, criticized. The health risks you hear about in conjunction with LED lighting are so often referring to these older models, or to low-quality products. That's why it's absolutely vital that you work with an LED lighting specialist so you get LEDs that are healthy for you and your customers/community, with the correct correlated color temperature, physical color temperature, kelvins, etc. to control blue light and implement only high-quality, industry-tested LEDs. Otherwise, you could end up with a harmful LED. As we always say, LEDs are NOT a commodity and they're not all created equal. We're happy to help you with your commercial LED lighting project so you get the best results.