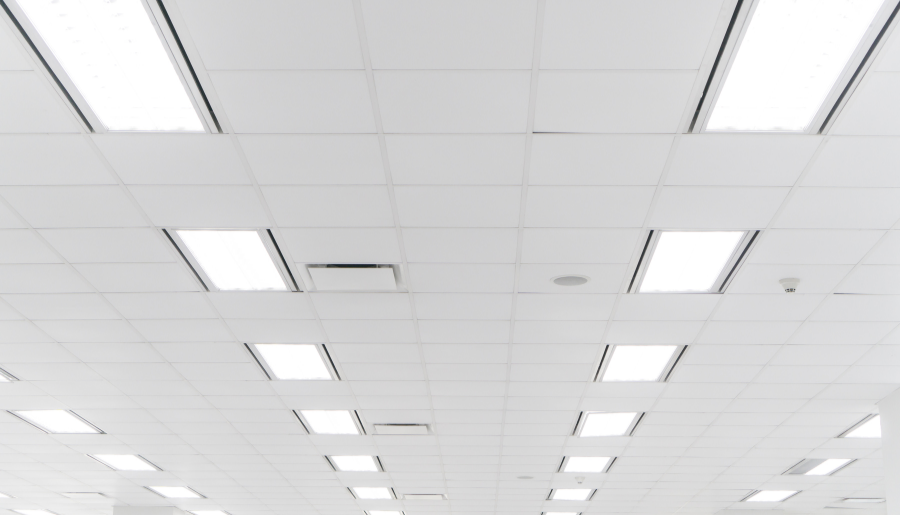 What is a “Troffer Lighting” application?

Troffer lighting (aka recessed troffer lighting) is a term that is often used to describe indoor lighting fixtures that are mounted within a ceiling or ceiling grid, hence the term “recessed.” Typical fixture sizes include 1x4 troffers, 2x2 troffers, and 2x4 troffers. This type of interior lighting is located in a range of building types and workplace usage, and is commonly used to provide illumination for commercial lighting, industrial lighting, retail lighting, warehouse lighting, and classroom lighting applications.

Below are a few image examples of troffer lighting applications. The below photos are by no means representative of all the types of 1x4 troffer, 2x2 troffer, and 2x4 troffer applications, they are just a quick visual sample. 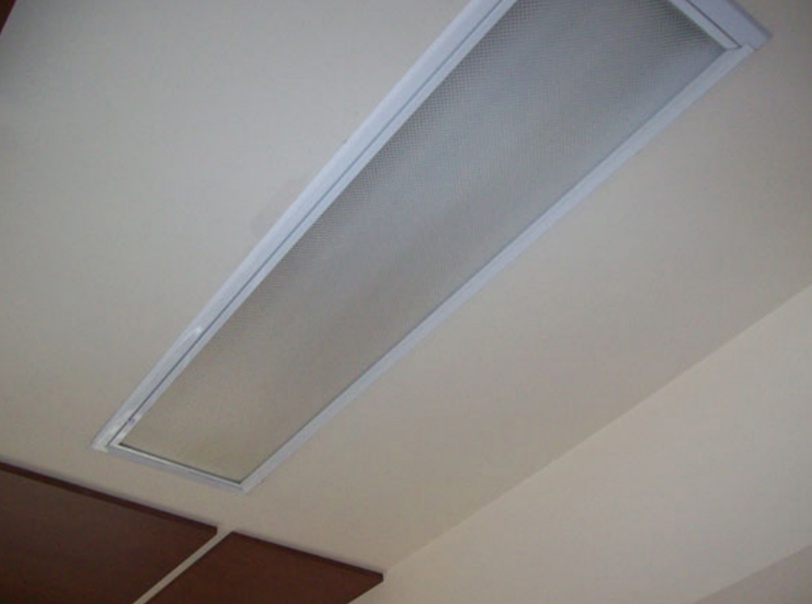 Here are some comparison blogs you can read to learn about the differences in these types of fluorescent lights:

What are some common issues with conventional fluorescent troffer lighting applications?

The amount of maintenance for a fluorescent troffer fixture is dependent on the operational usage of the lamps within the fixture. When operated in cold temperatures or in environments where the fixtures are subject to constant on/off operations, the useful life of the fluorescent lights deteriorate rapidly. Every time a fluorescent lamp is turned on, it degrades the cathodes (the fluorescent lamp ignition system) within the tubes. This results in a shorter lamp life, and the need to frequently replace lamps. Fluorescent light lifetimes range from 10,000 to 30,000 hours. For a standard classroom or office space, it can easily cost $2,952 over the course of three years in lamp and labor costs to maintain fluorescent recessed troffer lights.

What are the Benefits of LED Troffer Lights?

2x4 LED troffers, 2x2 LED troffers, and 1x4 LED troffers range in wattage from 22 watts to 50 watts, resulting in a 40% to 60% reduction in energy consumption over fluorescent light fixtures. The LED light fixture wattage range is so dramatic due to the need and ability to adapt to the many different applications that exist for conventional recessed troffer applications. By using an LED troffer 2x4, it is possible to save $81 per fixture, per year in electricity costs.

As we discussed earlier, the way LEDs generate light and progress through their functional life results in a much longer operating life compared to a conventional fluorescent light. LED troffer lifetimes range from 50,000 to 150,000 hours and can have up to a 10 year manufacturer warranty. Since LED light fixtures are not negatively affected by frequent on/off cycles, maintenance costs are reduced in those environments when the LED ceiling lights are used. For a typical warehouse lighting or commercial lighting space, end users can expect to realize up to $2,952 in maintenance cost savings over the course of three years.

Moving on to the way LEDs distribute light, we can see how LED troffer fixtures provide significant performance improvements over fluorescent light fixtures, including a more even distribution of foot candles. LED troffers are available in a wide range of CCTs (correlated color temperature), which provides end users the ability to select a specific aesthetic for a given space, and a high CRI (color rendering index) ensures that anyone working under the LED lighting can clearly see what they are working on. Another benefit of LED troffers is the fixtures' ability to dim. This development is a drastic change for end users as they are now able to change the operating conditions after their LED retrofit and adapt to the usage needs of individual rooms or spaces quickly without compromising the functionality of the LED lights themselves.

How do I determine what the next step is to convert to LED troffer lights?

The first step is to speak with an LED lighting solutions provider or LED lighting company that is manufacturer-neutral. Why this approach as opposed to the company you may have used for the past several years? Unless that company has a focus on providing LED light fixtures and lamps, it is unlikely that they will have the performance-focused mentality that is required to obtain the desired results of an LED indoor lighting project for your fluorescent light fixture applications. A crucial step in any LED project is understanding that LED is NOT a commodity. Prior decades consisted of building facility managers and owners evaluating fluorescent lighting options purely on cost, assuming that all of the fluorescent fixture options in consideration were equal in quality.

This is not the case with LED fixture options. A solution-focused supplier should ask you about your project objectives. Are there budget constraints, energy reduction targets, lighting performance requirements, etc? The appropriate partner will want to get an understanding of your desired OUTCOME, not just what specific products they can sell you. Not all LED troffer retrofits and conversion for replacing fluorescent light fixtures are created equal. There are different levels of value from different manufacturers for different applications, and by working with a company that has the product expertise to recommend a solution that meets your project priorities, you will ultimately achieve the best results.